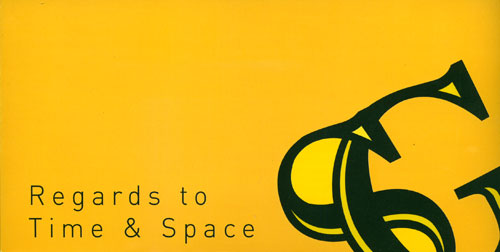 Alessandro Lupi concentrates his attention on experiments with light, developing installations, photography, video and new media in which color, light and space fuse themselves dynamically.

He uses polyamide fibers to create his works, called “Densita Fluorescenti” (Fluorescent Densities), painted one by one with fluorescent colors, and then illuminated by black light.

Subjects are often three-dimensional bodies which dialogue with space in a kinetic or static way, sometimes through sounds, composed for the work by Danilo Roll.

Every work appears to create its own world, concentrating on the idea of “inversion”, that is, on the possibility of offering to the spectator the opposite point of view from the expected or predicted one. In his works the dichotomy of opposite situations, like exterior-interior, freedom-prison or life-death are annulated by the almost contemporary perception of these two aspects without favoring any perceptive or hierarchic prevalence.

Other than by Daniele Jost and Matteo Negri: You can feel that both artists, Negri as well as Jost, would like to control the viewers point of view. They move their works from a playful or comfortable level to a dangerous one: Whereas the red architectural objects of Daniele Jost are infused with apocalyptic mysticism, the lego bricks of Matteo Negri remind of childhood, but not in a pleasant way. The splitting between shape and content reminds of certain mechanisms of the pop rhetoric, which shifted the viewer´s attention from the originally destination to the aesthetic seduction of the object.

Daniele Jost empathically binds images and architectural forms.
The distinction between real and fantastic becomes ethereal. In facing the world, the artist creates emotional environments of doubt. The viewers of his installations are not standing in front of buildings they would like to inhabit. Their surfaces are permeated with something disturbing.
Symptomatic appearances traced without comfortable compromises, throughout a stylistic leap into human pathological disfunctions, a flight over cumbrous memories and socially alarming messages.
It is quite obvious that his constructions structurally represent a symbolic doubt with reference to the suffering of our planet. They become significant objects meant to inform us on civil lessons.
Environments and constructions, where responsibility becomes synonymous of moral consciousness in terms of an artistic project.

In fact, the works bear both: an expressed negativeness (their structure being a link heading to real freedom) as well as a non-expressed positiveness (their radicalism as an evidence to be overturned). The impacting acidity of some colors (particularly the red) inevitably signals alchemic papers, mysterious forms: the silent magic of objects holding special powers.
Finally, Daniele Jost´s works seems to mirror a cathartic synthesis of collective madness, leading to degradation, crime, and decadence.

Have you ever visited my dreams?
In Giusy Calia´s spaces of freedom, everything is possible; there are ways to be stormy and enchanted, kaleidoscopic and without complaints.
Giusy´s other life is remote and lonely as a mysterious island, where the beauty and pain are reflected in the reflection of their loving tension. Life is not that dream, with its constraints, its censorship, its conditions, it is sometimes radiated, transfigured, as if it is crossed by images of those dreams, in an intermittent epiphany, to become incorporated, becoming visible, clues, strong references and peremptory as only images can be.

Have you ever visited my dreams? At the office is a call waiting, an invitation, a question implied, pressing, sore, „Why have not you visited my dreams?“. The images are then silent, heralds proclaim this appeal so that the streets are silent and the restless heart which they are intended, a heart hidden, perhaps waiting for too long without knowing it, in the shadows, who also appear on the threshold of its Dream a visitor from the bright eyes.