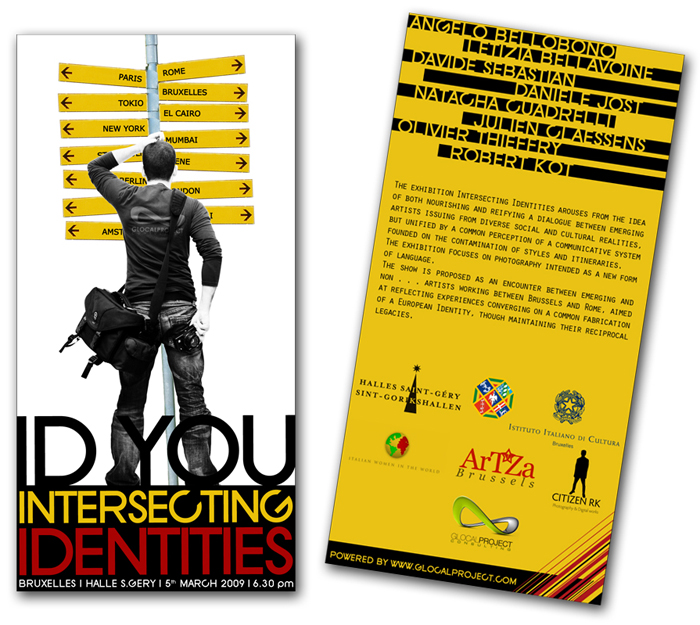 The project Intersecting Identities focuses on the intent of fostering a visual dialogue between young artists whom life experience differs in terms of social environments but that share the comprehension of a communication system founded on cultural contamination. Addressing new form of visual expressions the exhibitions proposes an encounter between young artists based both in Bruxelles and in Rome. The idea is to suggest unusual plans for the public to wonder about the way in which human experience increasingly converge towards the construction of a European Social Identity (eventhough maintaining the bounds with original inheritages.

The choice of staging a show where artists can showcase a visual conparison between sites geographically distant such Bruxelles and Rome, arouse from the necessity of exploring unplublished points of view. Two multicultural cities, carrying a kaleidoscopic inheritage that protend towards the future counting on their peculiar ability to coexist.
Such intercultural dialogue thus transforms international cooperation into a liminal experience aimed at fabricating a common ibridal identity both collective and individual.